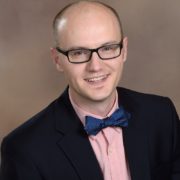 Pastor JT Holderman was installed as the 22nd Pastor of Bellevue Presbyterian Church on Sunday, September 25, 2016. Pastor JT  has served on staff since June of 2013, both as an Assistant and Associate Pastor to Bellevue. JT and his wife Kimberly are joyful parents of two beautiful girls, Sophia Grace and Corinne Hope.

JT enjoys hiking, woodworking, gardening, and quality boardgames. Two of his favorite books are Augustine’s Confessions and John Piper’s Desiring God. Prior to Bellevue, JT served many churches through preaching pulpit supply; He was a Youth Director at two different churches and worked for a few years as a Starbucks barista. 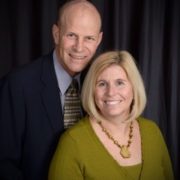 We are delighted to welcome Teaching Elder Rev. Brad Moger (he likes to be known as Pastor Brad) to serve as our Assistant Pastor here at Bellevue for Family and Youth ministries. Brad began his service to us on July 3rd. Prior to coming to Bellevue Brad served as an EPC Pastor to Hopewell Presbyterian Church in Franklin Indiana. He had been there since 2011. Prior to Hopewell, Brad served as an Associate Pastor at Covenant Presbyterian Church in Simsbury, Connecticut, working there as a Pastor of Youth & Family Ministries. Prior to that, he served as an Area Director for Young Life in the greater Hartford, Connecticut area. Brad has a BA from Lafayette College, and later received his Master of Divinity from Fuller Seminary.

Brad & Kristin married in 1984 and the Lord has brought them three sons, Eli, age 28, Aaron 26, and Sam 25. Brad has been athletically active his whole life, and still loves baseball, (he is another Red Sox Fan J), football & college basketball, but restricts his playing to an occasional round of golf! Brad & Kristin are passionate about fighting hunger and poverty locally and globally. They have three dogs (to replace the three sons, perhaps) who take them on all sorts of walks and hikes, exploring God’s beautiful and glorious creation.  You may contact him here: Pastor Brad. 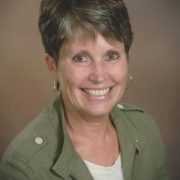 Brenda joined the staff of Bellevue in April 2016 and serves as our Office Manager. She graduated from Lancaster Mennonite HS and attended Ecola Hall Bible School in Oregon. She is in the office Monday through Thursdays. Brenda and her husband Jerry will be celebrating 34 years of marriage in October. They live in Paradise. (No pun intended).

She enjoys swimming, gardening and reading in her spare time. Brenda and Jerry  have two grown children, Devon, who lives in California and works for Facebook and Nickie, who lives in Lancaster and works for Wellspan in the Vascular Surgery Department. 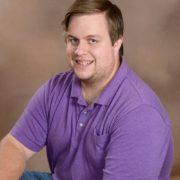 Kevin Wenrich joined the Bellevue staff in September of 2015 as the Director of Children’s Ministries. His responsibilities include planning and organizing the various ministries that Bellevue has for children. During college Kevin would spend his summers helping with the children’s ministries at Bellevue, and now looks forward to the opportunity to continue to serve and help the children grow closer to God.

Kevin graduated from Cairn University in May 2015 with a B.S. in Bible with a major in Youth Ministry, and a Master of Science in Organizational Leadership. He currently lives with his family in Gap and enjoys soccer, comic books and spending time with his friends and family.

When Kevin is not working at Bellevue he is a cook at Chick-Fil-A by day and Batman by night. He enjoys fighting crime while on a never ending quest to find a wife. You may contact him here: Kevin Wenrich.

Susan joined the staff of Bellevue in January of 2018. She grew up in Lancaster County and graduated from Pequea Valley High School. After High School she worked in her parent's insurance agency as a property and casualty insurance agent, and once children entered the picture, she switched occupations to become a "stay at home" mom. More recently, Susan has worked as a clerk in an antique shop.

Susan has been happily married to Dwayne Houck for twenty-seven years and the Lord has blessed them with three wonderful children, William, Ethan, and Sarah. Susan's hobbies include reading, gardening, and DIY projects. She spends January and February as the costume designer for Pequea Valley High School's musical.

You will find Susan in the church office on Tuesday and Thursday mornings. You may contact her here: Susan Houck. 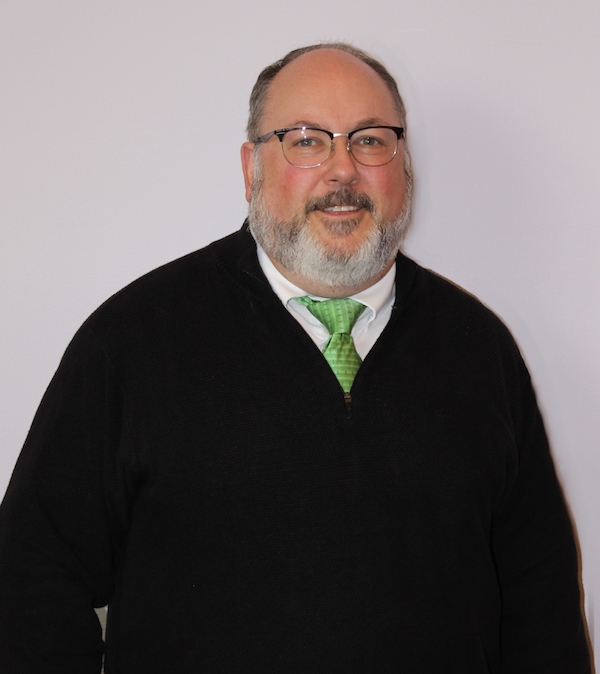 Steve joined our staff at Bellevue in the fall of 2017 as our fulltime organist/pianist. Steve lives in Coatesville with his wife, Cindy. Steve also works at Taylor's Music Store in West Chester. He is the manager of the sheet music department.

Steve is married to Cindy who manages the band and orchestra department at Taylor's Music Store. 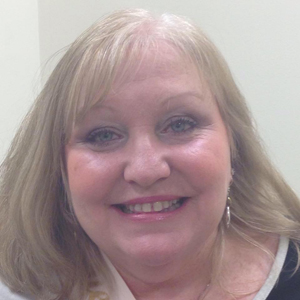 Betsy joined Bellevue in 2019 as our Choir Director. She lives in Coatesville and also serves as a Piano/Voice teacher. She has three grown children who live in Texas.

Betsy graduated from Westminster Choir College in Princeton, New Jersey and the University of Houston with a Bachelors in Piano Performance, and Music Education. She loves her ministry of music and is thankful to God for giving her musical talent, a hard-work ethic, a desire to have a personal relationship with her Savior, and the calling to lead others through music ministry.

In her spare time, she loves to cook, embroider, read, play with her pets, be outdoors, and spend time with her family. 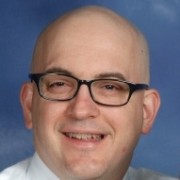 Rob Shaubach joined the Bellevue staff in 2002.  Rob serves as co-director of music with his wife Carol, and directs the New Life Ringers, Resounding Joy, and Immortal Praise Bell Choirs.  He was born and raised in Lancaster County. His parents and siblings are all members of Bellevue. He currently lives just outside Lancaster City with my wife Carol and daughter Missy.

Rob is a 1988 graduate of Pequea Valley High School.  He earned his B.S. in Music Education from Millersville University in 1992. In 2010 he completed a Master’s Degree in Music Education at Boston University. Rob has been teaching music in the public schools since 1992 and presently serves as Director of Orchestras (grades 4-12) in the Lampeter-Strasburg School District.  Rob enjoys trains of all sizes and ages, camping and vintage vehicles.  Rob says he is blessed to work with the many dedicated and talented members who serve in the Music Ministry at Bellevue. 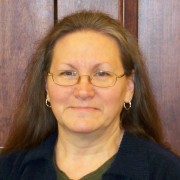 Chris is on the staff of Bellevue Presbyterian as our Nursery Coordinator.

Chris is a mother of nine adult kids and lives in Gap with her husband Gary. 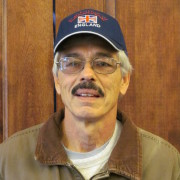 Buddy Trago joined the Bellevue staff in December of 2012.  Buddy does a great job in assuring that the Bellevue family has a clean and welcoming place to work and meet and worship our Lord.  Buddy and his wife Janice have been married for thirty-nine years and live in Gordonville.  Their daughter, Christine, her husband, Mo and fifteen month old daughter, Annabelle, live in London.  Buddy and Janice’s son, Jeff and his wife, Samantha, live in Ephrata.

Buddy graduated from Coatesville Area High School and Vo-Tech in 1969.  He has a master course certification in appliance repair and he has been self-employed for twenty years.  Buddy enjoys gardening, fishing and woodworking.  He enjoys spending time with family and friends and encouraging others in ways that glorify God. 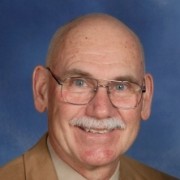 Roland Berthoud first joined the Bellevue staff in 1986.  He is responsible for maintaining the church grounds and cemetery.  Roland and his wife, Mary Ann, live in Kinzers.  They have two grown children: their daughter Heidy lives in Poughkeepsie, NY and their son Eric and his wife Sarah live in Oxford, PA.

Roland attended primary and secondary school in his native Switzerland before entering a three-year apprenticeship as a cheese maker in 1959.  After coming to the United States he attended Franklin and Marshall College where he took courses in sales, marketing and advertising.  Roland enjoys stamp collecting, photography, travelling, reading and flower gardening. 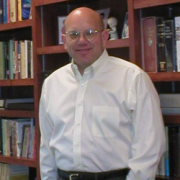 Pastor Bud Davies retired on Sunday, July 31, 2016 after having served as  Bellevue’s twenty-first Senior Pastor for almost 40 years.  On August 20, 2017, Pastor Davies was bestowed the honor of Pastor Emeritus for his years of service at Bellevue

Bud enjoys traveling and witnessing to what God is doing in different parts of His world.  He and Sharon enjoy working together on home projects and spending time with their Welsh Corgies.